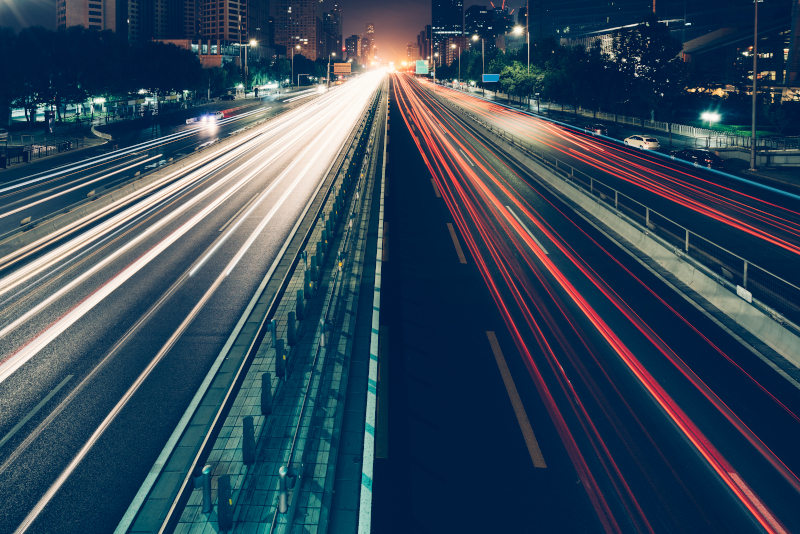 There are some age old conundrums that may never be solved, questions like dog or cat, Facebook or Instagram, burger or taco or most importantly of all, #whiteandgold or #blueandblack? And when it comes to measuring network performance, we often debate the concept of jitter or latency. But what exactly do these two things measure and which is best for providing accurate indication of network performance? Or more importantly what exactly should we measure to maintain a good end user experience?

Ok, so first of all, let’s start with some definitions, and we perhaps need to broaden the set of metrics a little to get a good understanding of the impact to network performance.

What are Latency and Delay?

Latency and delay are close relatives and are often used interchangeably. However strictly speaking they are different things. Delay can be defined as the length of time it takes for a packet (well more accurately a bit) to move from one host to another. Factors that affect delay include things like processing time, queueing delay, transmission delay and propagation time.

By contrast, latency is commonly defined as round trip time (or RTT), that is the time taken for a packet to be sent plus the time taken for a corresponding packet to return. In this definition, latency is in effect bidirectional delay. Strictly speaking from a network viewpoint, latency should not include processing time on the server but for practical purposes, most network based monitoring solutions include server processing time in latency calculations.

Again, latency or RTT is a very common performance metric as it is relatively easy to calculate, especially for protocols like TCP that provide a mechanism to acknowledge packets. By contrast, delay can be difficult, as the receiver typically has no way of determining the precise time the packet was sent.

What are Packet Inter Arrival Time and Jitter?

More recently, there have been tools with more sophisticated performance monitoring metrics, specifically tools that can calculate Packet Inter Arrival Time (IAT) and Jitter. Packets transmitted across a network will have differing delays, even if they traverse the same path. As mentioned above, delay is affected by such things as queueing and transmission delays in routers or switches or propagation delays in the network itself.

Because each packet will have a different delay value, the ‘gap’ between them as they arrive at the endpoint will vary. This gap, or the time between arriving packets, is called the inter arrival time or IAT.

Jitter is essentially a derivative of IAT: jitter is calculated as the inconsistency of the packet inter arrival times. In simple terms, if the packet IAT is consistent the jitter can be considered low, conversely if there is a wide variance of IAT values, the jitter is calculated as high. Many applications, especially real time communication applications like VoIP and video are very sensitive to jitter.

If packets take the same path across the network, we would expect that IAT should be reasonably consistent, after all they are taking the same ‘route’ and pretty much the same time. Turns out that this is not the case and IAT, and consequently jitter, can be greatly impacted by two significant network conditions:

There are of course many other factors that influence IAT and jitter, but for the sake of simplicity we have focused on the two major contributors of packet loss and congestion.

So if packet loss and congestion have such an important impact of network performance why don’t we just measure them and be done with it? Well the simple answer is that they are actually very difficult to measure.

It is very simple to measure things like byte and packet counts – as a packet arrives we simply count the number of bytes and add to the total. Measuring packet loss is somewhat more difficult, when we measure packet loss we are actually trying to count things that don’t exist, we are trying to measure a packet that was lost.

The situation is actually worse than it seems, not only are we trying to count a packet that doesn’t exist anymore, transport protocols such as TCP actually retransmit when packets are dropped, so whilst the first once may be lost, a subsequent replica one arrives in its place, albeit a little later than expected.

From a monitoring perspective it can be very difficult to identify a retransmitted frame over an originating packet. That is, it is very difficult to accurately measure packet loss. In the same way, accurate measurement of congestion poses similar difficulties.

Given that IAT is directly impacted by packet loss and congestion, by monitoring IAT (and jitter) we can gain a very valuable and accurate picture of network congestion and packet loss without having to monitor either directly. In fact, IAT and jitter provide a much richer source of data to profile end user experience over traditional packet loss or latency techniques.

But Isn’t Latency the Gold Standard for Network Performance?

Intuitively, it makes sense to think that measuring latency (or RTT) would be the best way to monitor network performance and end user experience. After all, latency measures round trip time which in essence mimics the user experience of hitting ‘enter’ and having data returned to the screen. Why worry about more esoteric metrics such as IAT and jitter at all? The intuitive belief that RTT is the best way to measure end user experience has also been perpetuated by network monitoring vendors whose only ‘delay’ metric is in fact RTT and so it is presented as the metric of choice.

Turns out that whilst useful, when compared with IAT and jitter, RTT falls short in two main areas:

For these reasons, we are seeing many monitoring vendors start to move away from pure RTT measurement. By incorporating delay metrics such as IAT and Jitter – which are calculated for every packet, and hence for the life of the flow – we can start to build a much richer picture of end user experience.

We use cookies on our website to give you the most relevant experience by remembering your preferences and repeat visits. By clicking “Accept All”, you consent to the use of ALL the cookies. However, you may visit "Cookie Settings" to provide a controlled consent. More information can be found in the Byte25  Privacy Policy
Cookie SettingsAccept All
Manage consent

This website uses cookies to improve your experience while you navigate through the website. Out of these, the cookies that are categorized as necessary are stored on your browser as they are essential for the working of basic functionalities of the website. We also use third-party cookies that help us analyze and understand how you use this website. These cookies will be stored in your browser only with your consent. You also have the option to opt-out of these cookies. But opting out of some of these cookies may affect your browsing experience.
Necessary Always Enabled
Necessary cookies are absolutely essential for the website to function properly. These cookies ensure basic functionalities and security features of the website, anonymously.
Functional
Functional cookies help to perform certain functionalities like sharing the content of the website on social media platforms, collect feedbacks, and other third-party features.
Performance
Performance cookies are used to understand and analyze the key performance indexes of the website which helps in delivering a better user experience for the visitors.
Analytics
Analytical cookies are used to understand how visitors interact with the website. These cookies help provide information on metrics the number of visitors, bounce rate, traffic source, etc.
Advertisement
Advertisement cookies are used to provide visitors with relevant ads and marketing campaigns. These cookies track visitors across websites and collect information to provide customized ads.
Others
Other uncategorized cookies are those that are being analyzed and have not been classified into a category as yet.
SAVE & ACCEPT